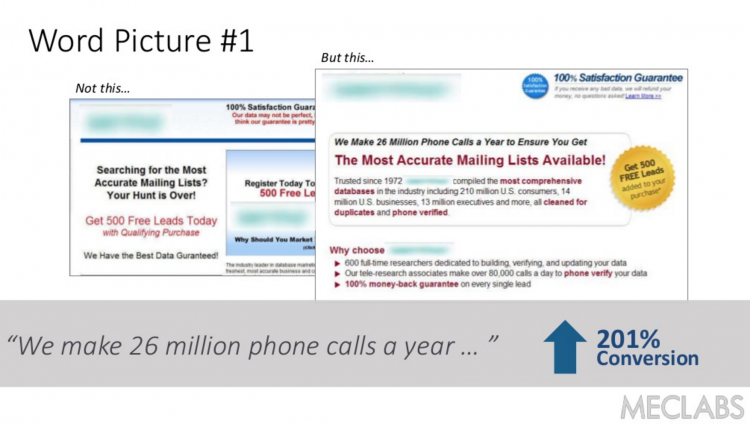 Writing a value proposition is a lot like drawing a jellyfish in a game of Pictionary. Let me explain.

I was at a party recently where several people were playing a fiery game of Pictionary. One person who was particularly bad at the game started drawing a cylinder with a label on it.

After several wild guesses, the team rightly guessed that it was a jar of jelly. Then, much to the team’s dismay, the artist began to draw another picture. This time, luckily, his drawing clearly depicted a standard fish.

The word he held in his hand (the team finally discovered) was “jellyfish.”

What the artist failed to realize in the heat of the game was that jellyfish are much easier to draw than either of those two things separately or together. It’s a half dome for the body; squiggly lines for the tentacles. Jellyfish. Next!

Too often, when trying to communicate something (like our value proposition) to our customers, we take the long way around. We use abstract language. We get lost in details that aren’t important.

People use their senses to experience the world. People’s thoughts are usually pictures of those sensate experiences (reality).

1. A picture that closely resembles

gets drawn in a game of Pictionary, the team is more likely to get a point. It’s only once removed from the reality of a jellyfish.

2. The two component sounds that make up

3. A word that symbolizes

4. A picture that closely resembles

gets drawn in the game of Pictionary, the team is less likely to get a point. It’s four times removed from the reality of a jellyfish, so it’s harder for the team to connect the artist’s depiction to a real jellyfish.

As Wittgenstein proposes twice (bordering on thrice) removed, “the proposition is a picture of reality.” (Tractatus Logico-Philosophicus 4.01)

Our goal as marketers/copywriters is to use language to communicate our offer in a way that minimizes the distance between these levels of symbolism.

In other words, the better your prospect can visualize the value you are proposing with your … wait for it … value proposition, the more likely they are to say “yes” to your offer.

This is true at every type of value proposition (primary, prospect, product, process) MECLABS teaches.

The point is, if you want to be clear about your own value proposition, use pictures. If you’re a copywriter (which everyone in a business should be), use word pictures.

How do we do that?

Below are five quick examples of great value proposition word pictures you can pull from for inspiration.

Value Proposition: How to use social media to help discover why customers buy from you

Value Proposition: A simple spreadsheet to help you categorize your products’ value

2015 Year in Review: The most popular posts in optimization, list growth, analytics and digital marketing