The Last Blog Post: How to succeed in an era of Transparent Marketing 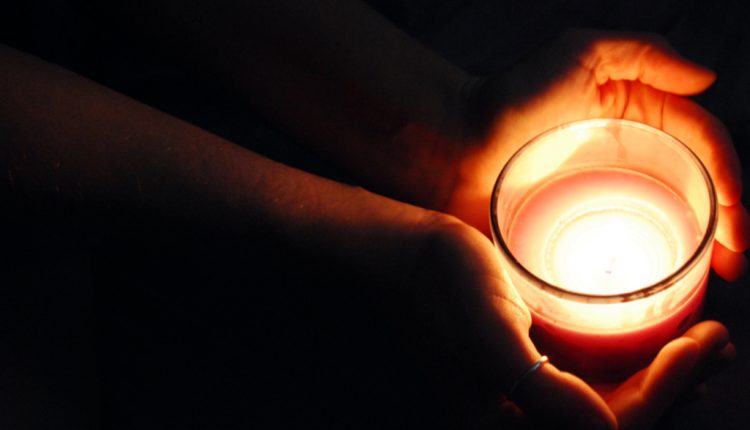 So, here’s the premise. If you had one last blog post to send out to the marketing world, what would you say? I’m sure you see where the original idea comes from – The Last Lecture by Randy Pausch. 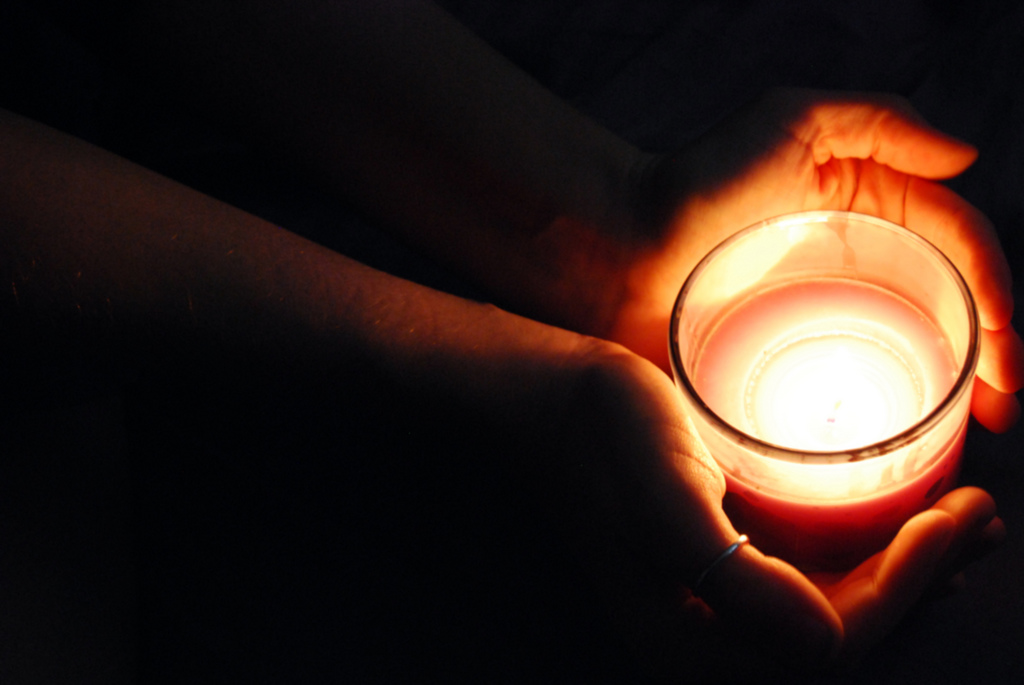 In case you’re not familiar, there is a tradition in academia of getting a bunch of professors together and asking them to give a hypothetical final talk. Pausch’s is most notable since he was actually dying at the time (if you’re a social media marketer, all you need to know is that he’s a guy that got more than 12 million views on YouTube).

You can see what others have to say by following the Twitter hashtag #LastBlog.

We write about marketing every day on the MarketingExperiments and MarketingSherpa blogs. But if it came down to one final blog post…one final lesson to impart to the world…for me, it comes down to what I’ve learned from others. And, paramount among that, is Transparent Marketing.

Transparent Marketing was written in 2004 by Dr. Flint McGlaughlin, the Managing Director (CEO) of MECLABS, and, full disclosure, my boss. What I like about it is that, as accurate as it was at the time, it is even more prescient in the age of social media. No longer can a marketer with a big media spend dominate the conversation. Now, everyone is (as Blogger says) a push-button publisher.

This tidal wave has convinced one of the biggest marketers in the world to forgo Super Bowl advertising in favor of cause marketing (see: Pepsi Refresh), convinced one of the world’s biggest brands to un-rebrand (see: The Gap) and toppled some of the least transparent regimes in the world (see: Tunisia and Egypt). (In fact, perhaps the only non-transparent campaign I’ve seen lately is Taco Bell’s reaction to a lawsuit about whether they sell beef or “beef.” The ad claims the non-beef parts are mostly natural-sounding Mexican spices and flavors. Of course, the list of “other ingredients” came out on YouTube shortly thereafter.)

So, with the help of quotes from a few people smarter than me, here is what I’ve learned about Transparent Marketing. Let’s begin with a direct quote from Dr. McGlaughlin himself:

“Transparent Marketing is about values, not sentence alchemy. It asks that we treat the customer with the same integrity that we would expect to be treated.”– Dr. Flint McGlaughlin

Lesson Learned: As a writer, persuasion is important to me. I’m trying to convince you of something, with this blog post, and with everything I write. But, there is a fine line between persuasion and manipulation. Where is that line?

You have to ask yourself, what would I expect if I were on the other side of this landing page, or TV ad, or direct mail piece? Putting yourself in the shoes of your customers is the best way to tap into their motivations and understand how to create and market a product or service that can serve them, as well as how you can build a sustainable (and believable) relationship with those customers.

Because, if they don’t believe you, they’ll just move on to your competitors.

Lesson Learned: You can be persuasive (hence the “well” in the above quote), but at the very least, be truthful. Because if the truth doesn’t come out in your marketing material, it will on Facebook, Twitter, YouTube…

“The consumer isn’t an idiot, she’s your wife.” – David Ogilvy

Lesson Learned: You’re not going to get very far by underestimating your customer. Yeah, you might be able to trick them once or twice. After all, I’m sure you’re pretty clever.

But if you plan on staying in business or having a job more than a few months, start with the premise that you can learn from your customers so you can serve them best. That has become even easier of late with social media monitoring.

But, don’t forget human interaction. And people who complain to customer service. They’re your true gold mine of business intelligence and are likely bravely stating why thousands more potential customers are shunning your product in favor of the competition.

Lesson Learned: Starting in B2B marketing was extremely challenging to me coming from a consumer marketing background. B2B is so…complex.

Jeri took me under her wing and taught me this very valuable lesson. You have to connect with your audience. And underneath it all, that audience is just as human as you are.

If you’re going to be successful in marketing, you have to be a bit of a psychologist. You really have to want to figure out people. What makes them tick. And not just you, but people very different from you as well. After all, you are not often (perhaps rarely) your target audience.

Lesson Learned: This is a corollary to the two quotes above. No matter how big of a budget you have to spend on media, if you don’t create marketing that matters and resonates with people, then all you’ve done is increase the likelihood you’ll get a few nice gifts from media reps over the holidays.

It should also be noted, that the famous copywriter said this well before buzzwords like content marketing and inbound marketing were all the rage.

Lesson Learned: This comes from one of my favorite college professors. And I think it applies to more than just writers, because all marketers must be able to talk fluently in the language of their target audience.

I read Jet, Redbook, Motorboating, Latina, and Tennis, just to name a few. And none of those publications are aimed at my interests. It’s one of the ways I try to figure out what makes different audiences tick.

“We don’t want them to ever have to even pick up the pencil.” – Mike Morgan

Lesson Learned: Mike was my first boss and worked in the “Mad Men” days with some legends like Bill Westbrook and Harry Jacobs. His point was about quality. As you can see from all the quotes above, marketing is hard work.

Before you’re done with anything and plan to show it to someone – from a marketing campaign to a blog post – beat the heck out of it. While you want as much input from as many people as possible, when it’s time for the decision maker to see it, you just want her to review it and say, “Yep. Go for it.” If she whips out that pencil to begin to make even one change, it’s all downhill from there.

Lesson Learned: Mary was one of my favorite marketing executives to work for. But not just her, her entire team was awesome.

I believe that’s because her focus was never only on the task at hand, but the people behind those tasks. While she was continually trying to optimize her marketing campaigns and processes, she was trying to grow her people as well.

As you can see from the above, in my estimation it takes a pretty well-rounded person to be able to succeed in the era of Transparent Marketing. You need to have a firm understanding of your industry, the macro-economic situation, your potential audience (who may be very different from you), and your competition. And then you need to craft communications that are both compelling as well as believable to a very skeptical audience. And, you need to do it in a forthright manner to avoid any backlash from customers who might have felt hoodwinked.

Before I make the job of being a successful marketer in the age of Transparent Marketing an impossible task, let me add a few final words of wisdom…

“It is not the critic who counts; not the man who points out how the strong man stumbles, or where the doer of deeds could have done them better.

The credit belongs to the man who is actually in the arena, whose face is marred by dust and sweat and blood; who strives valiantly; who errs, who comes short again and again, because there is no effort without error and shortcoming; but who does actually strive to do the deeds; who knows great enthusiasms, the great devotions; who spends himself in a worthy cause; who at the best knows in the end the triumph of high achievement, and who at the worst, if he fails, at least fails while daring greatly, so that his place shall never be with those cold and timid souls who neither know victory nor defeat.” – Theodore Roosevelt

Lesson Learned: In the end, do something. And do it now. You’re never going to be perfect, but the imperfect campaign executed is far better than the perfect campaign that’s always in the works.

I’m sure you’ve seen the failure of many projects – new websites, software platforms, books, campaigns, etc – that just never got done because they were constantly being worked on.

Don’t be intimidated by Transparent Marketing. Yes, there has been a tectonic shift of power to your audience.

But as Bill Maher, David Meerman Scott, and Twitter all agree, we live in a real-time world. First and foremost, get it out the door! From there, constantly optimize using the wisdom above, feedback from your audience and customers as you continue to try to improve their experience, and using your own constantly growing knowledge to make the next effort better each time.

Now that I’ve bared my marketing soul, I’m turning to you. If you had one last blog post, what would you say? Feel free to write your own and begin the title with “The Last Blog Post:” Or one last tweet? Share it using #Last Blog. Or one last comment? That’s easy, just leave it below.

The Last Blog Post: It all begins with trust

The Last Blog Post (And The Most Recent Ego Trap) #LastBlog

The Last Blog Post: What Marketers can learn from The Last Lecture

Email Marketing: How your peers create an effective email message