Online Marketing Tricks vs. Testing: The Thrilla on Mozilla 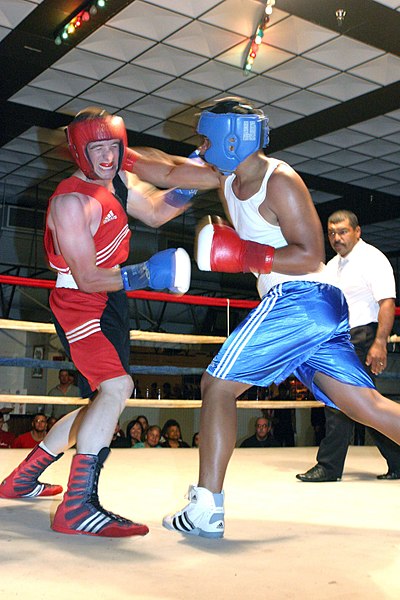 Editor’s Note: Research Manager Adam Lapp is reviewing the battle between common Internet marketing practices to help you determine which optimization strategies are most effective and give you ideas for new tests. On Monday, we published Part 1 in this series. On Wednesday, Part 2. Well get ready fight fans, hold on tight to your Mozilla Firefox, Apple Safari, or Google Chrome browser, because here comes Part 3…

When Heat Map enters the ring, he’s very intimidating, and looks great on the surface. He always shows up in a flashy, beautiful silk robe and has crazy music playing when he enters. Heat Map was a wizard at getting attention and he values the things that give him attention the most. He points to the camera flashes and banners and professes his love with a big red kiss.

All of Heat Map’s theatrics are fine. It’s part of the show. However, he gets himself into trouble by making outlandish conclusions about his opponents, like being able to know exactly what punch his opponent would land just by looking at the color of his clothes. Many times when Heat Map thinks someone will punch him in the rib cage, they instead throw a cross to his temple.

For his fight against Data Analysis, he trained mercilessly in the gym – lifting weights, doing crunches, and hitting punching bags. When it came time to fight, he strolled into the ring confident that his opponent’s strength was the left hook. Why? Well because he saw a red and yellow tattoo of a python on his left bicep.

Too bad he didn’t actually watch footage of Data Analysis’s previous fights. If he had, Heat Map would have known that most of his punches come from the right. What a shame to see him knocked out in a matter of seconds.

Sometimes Heat Map is right about his opponent though. Sometimes the key to victory is written on one’s sleeve. But it’s very, very dangerous to rely on just “sometimes.”

Data Analysis on the other hand is subdued and quiet. A stark contrast to Heat Map. But under that calm exterior is a supreme confidence because, unlike Heat Map, he has been studying his opponent’s film for hours. He’s learned that Heat Map throws himself a little off balance every time he attempts a left hook. He knows that Heat Map doesn’t bob and weave, but instead focuses his attention on one thing…in this case it’s the tattoo of the python.

Bottom Line: Data Analysis has been training hard, bringing in numerous sparring partners who fight like Heat Map. He uses his insights from these exercises to model what fight techniques he thinks Heat Map may try…predictive modeling. From the film studies, he performs a regression analysis to determine the relationship between Heat Map’s jabs and his upper cuts. He figures out a correlation between the two – every time Heat Map throws two jabs in a row there is a high probability for an upper cut to follow.

The fight starts, and Heat Map is looking good, fancy footwork, doing a great job dodging that left hook. But 1:19 into the first round, he goes for the double jab and Data Analysis clocks him. He had been waiting for that the whole time. KO in the first round. Most of the time Heat Map is a solid bet, but any smart gambler will always look past the impressive exterior to see if his head is really in the fight.

Breakdown: This is a very unorthodox fight, and I don’t know how the promoters sold this one. Boxing commissions from several countries turned it down, and eventually they had to film it for the Internet from an undisclosed location.

Bounce Rate is just a cruiserweight fighter. Sure, he’s a good boxer and everyone knows who he is.  His technique is all about speed. It’s about unleashing the first jab in a split second. But Bounce Rate’s fight record has more losses on it that wins. For such a quick fighter, a throwback to Sugar Ray Lewis, it’s difficult to understand why he doesn’t receive more favorable decisions.

So it’s strange that a heavyweight is on his radar. Each time a referee raises the hand of Conversion, somebody has a serious payday. But Conversion hasn’t accomplished everything on his own. He relies on a whole team to prepare him for a fight: Clarity of Value, The Friction Reducer, and The Anxiety Mitigator.

Unlike the team behind Conversion, Bounce Rate’s trains alone and his preparation is usually focused on one punch, one quick hit. That quick hit can be very effective, but after that’s thrown, Bounce Rate relies strictly on improvisation hoping that the momentum of the first punch leads to a decision. Sure that first jab is important and Bounce Rate should do everything possible to land it, but he’s focused entirely too much on a short-term goal, on a secondary objective.

The fight began predictably. Bounce Rate unleashed his first jab in a hurry and the crowd cheered. “Success” they chanted repeatedly! For the first few rounds, Bounce Rate went wild flinging himself all over the ring. Conversion couldn’t touch him. It seemed certain that he was ahead on the scorecard, but when the numbers came in, Bounce Rate’s success had no impact on Conversion.

Bottom Line: In the next few rounds, Conversion began executing his fight plan. He threw fewer punches than Bounce Rate, but they were much more quality shots. He still had not captured the crowd’s favor. For six rounds they stubbornly championed the smaller Bounce Rate. Conversion knew he was the better fighter, but there was only one way to sway the crowd…RESULTS.

All of a sudden, Conversion caught Bounce Rate with a cross and down he went. One, two, three…As Bounce Rate was down, Referee ROI just stood there. Four, five, six…still down and ROI did not move.  Seven, eight, nine, ten…Knock out! Referee ROI grabbed Conversion’s glove and raised his arm in the air.

Focus on what matters. All you need to know is that conversion won by KO.

I hope you’ve enjoyed this three-part “boxing” series where we’ve pitted the latest and greatest tricks against proven principles that have come from Testing. Whether it’s a Flash Banner or an Above-the-Fold page, the important thing to remember is to test instead of implementing blindly based on someone’s “can’t miss” recommendation. Because while these proven principles have been very successful for our Research Partners, unless you test them yourself and discover what really works for you, they are no better than tricks.

And over the last ten years, we’ve seen a lot of Tricks come and go. Some have worked and some haven’t, especially in the short term. But without Testing, it’s impossible to understand why a Trick was successful or why it wasn’t.

Because Tricks are popular for a reason. They can be wildly successful…for “some” businesses. The primary question is, can they be successful for your business. And that’s why Testing gets the TKO against Tricks. Testing gives you the business intelligence to discover what really works, right now, for your company.

That’s why, at the end of the day, Testing will always defeat Tricks. But I’ll drop the fight analogy right now, because the two can work together. This is not a zero sum game. Whenever you hear somebody tell you to “Try this trick” or “Implement this tactic,” apply scrutiny and determine for yourself if you think it can work for your business or not. If it has a chance, give it a shot. But test it against what you know already works to see if it works better. Or not. In this way, you will continually improve your marketing performance.

Face Your Fears: Why visitors really bounce from your site, part 3

Adam Lapp, Senior Director of Services Operations, MECLABS Institute.
Adam has 10+ years of experience leading marketing, digital strategy, analytics, and website optimization/testing operations. In his current role as Senior Director of Services Operations, Adam is responsible for leading all of the research taking place for our research partners. He graduated from the University of North Florida with a B.A. in English Literature and enjoys craft beer & spending time with his dog Riggs.