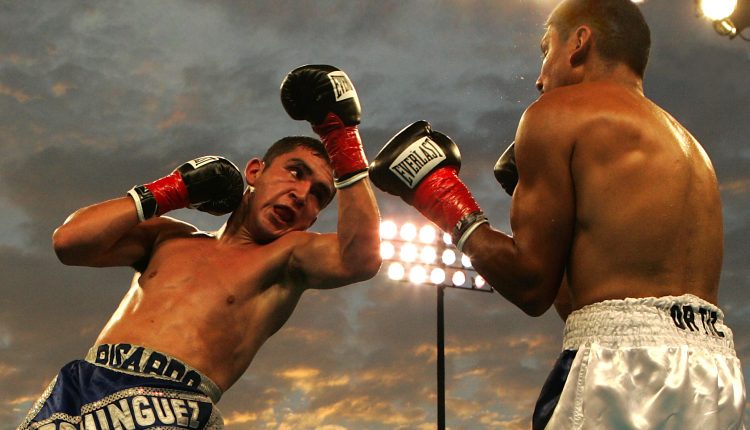 Editor’s Note: Research Manager Adam Lapp is reviewing the battle between common Internet marketing practices to help you determine which optimization strategies are most effective and give you ideas for new tests. On Monday, we published Part 1 in this series. Here is Part 2… 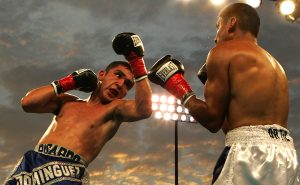 The Breakdown: That was interesting, wasn’t it? Flash Banner entered the ring pumped up and ready to go and then, all of a sudden, his corner guy came flying into the ring bringing the bout to an abrupt halt. A very disappointed showing for all of the fans. Colors and images got tangled with each other, the message slipped to the canvas, and the product offering went flying between the ropes. And just like that, the fight was over and the fans never got a chance to understand what was going on.

Even though it looked good in concept, if the visitors don’t have a chance to understand who you are, what your best move is, and why you’re a better fighter, then what’s the point? Flash Banner didn’t even get a chance to show his patented left hook. He didn’t get a chance to show the audience all of the hard work he put into training. On to the next fight before bets could even be taken.

But there was a clever marketing pitch, some rhyming, a slogan. Flash Banner should have had a better showing. What happened? His objective eluded him. There should have been a click, a purchase, something. But can such a big decision really be made in a flash?

The results say no.

Does the Flash Banner on Adobe.com really convince me to buy Creative Suite 5? Does it even compel me to click forward? Well it was above “The Fold,” and we all know how that fight turned out.

Standing there in the middle of the ring and clearly the best pound-for-pound fighter in the world is Headline. As the flow was interrupted by Flash Banner, the headline spoke clearly to the audience telling them in just three to five short seconds why he was their best choice. He told them he has won 14 fights in a row, that he has trained non-stop for six months, and that he could match any fighter in the world’s offer.

Immediately the crowd stood and cheered for Headline to be given the next fight. The visitors decided that what Headline said that evening was worth the effort to continue on and not exit the arena.

Headline is the first text a visitor will see, so it has much potential for a large impact. The post-modern consumer sees through the Don Kings of the world. They are inundated with email, TV commercials, and even in-your-face displays at the grocery store. They have limited time and are deeply skeptical of salespeople whom they can’t even speak to.

The Bottom Line: With this in mind, it’s much more important to be specific and transparent about your fighter’s talents and unique abilities than “flashy.” Flash can be very useful when used appropriately, but it can only get you so far. Clearly communicating what you have to offer and why you are the best choice for your market is much more enduring strategy for increasing revenue.

The Breakdown: Standing toe to toe staring each other in the eyes, it’s easy to see that the fierce battle of Lead Quantity vs. Lead Quality shows no signs of letting up. In the time since their last bout, Lead Quantity has racked up 12 favorable decisions. But many of those were all far lesser opponents. He defeated a fighter with no budget for a trainer. He knocked out a fighter who was a fill-in for someone who became ill. The odds makers couldn’t attract any bets with fights like these.

In the mean time, Lead Quality has only fought two fights. But each was a pay-per-view spectacular. He defeated the fifth and seventh most qualified fighters in the world. Lead Quality trained mercilessly for each fight. He didn’t just fight anybody, his opponents were required to take Olympic-style drug tests. They had to be a certified member of at least two boxing organizations.

Sure there was a lot of friction in the process, but he didn’t waste the time of the viewing audience with meaningless fight cards. Lead Quality benefited from the strategic application of friction in his pre-fight requirements, but is Olympic-style drug testing too harsh? Undoubtedly so. He actually would have been able to schedule a bout with the number three fighter in the world if he relaxed his qualifications.

Now arriving here on two different paths, Lead Quantity faces down Lead Quality yet again. These fighters don’t seem to get along. But why? Both fighters could benefit so much from each other.

Decreasing, or “dialing down” friction, results in increased Lead Quantity.

A perfect fighter would be a one-two combination of both lead generation strategies. He would test his way into the fight scene to determine the appropriate balance between increasing volume while also increasing Lead Quantity. Increasing both requires a fighter with versatility in his striking repertoire.

At last the bell rings. The fighters trade punches. Jab, cross, hook, upper cut. After six rounds, the score cards are equal at three rounds a piece. Lead Quantity appears to be pulling out in front in the seventh as he unleashes a flood of punches, however few are connecting.

As we near round ten, both Lead Quantity and his team are tiring. So much effort with little result. However it appears he does have a five to four advantage over Lead Quality. But wait! Lead Quality has just connected a big one that equals the efforts of Lead Quantity. All of his patience has paid off.

The Bottom Line: Marketing wants a flood of leads. Stacks and piles of business cards and new contacts. This is their core metric. It can be an impressive sight. But it falls on the sales team to call Fred, the plumber, to see if he wants to buy new parts for his commercial lawnmower, a dead-end that could have been eliminated by adding one simple field to the form.

Oversimplified? Sure. But this is how the battle over Lead Quantity vs. Lead Quality plays out in many organizations.

So how do you determine how many fields, which information request, or how many steps will strike that balance between Lead Quantity and Lead Quality. Well, this answer is simple. It’s testing.

For example, if you have a one-page lead generation form, try running a test that delays the phone number or address request until the second page. Your lead generation will undoubtedly go up on the first page, that’s not rocket science. But what’s the impact on the quality of complete leads you receive (both steps completed)? You may find that you receive far less complete leads, but the leads you do get are extremely qualified.

You will also be able to score leads based on quality, assigning visitors who completed two steps as “A” leads and visitors who only completed the initial step as “B” leads. Then your sales team can only move on to “B” leads after they have exhausted time and effort with the “A” leads.

Optimizing Your Headlines: How changing a few words can help (or hurt) conversion

Five Dials To Tune In Your Lead Generation Process

Flash in a Pan: Do loops of creative on home pages deliver ROI or higher bounce rates?

Adam Lapp, Senior Director of Services Operations, MECLABS Institute.
Adam has 10+ years of experience leading marketing, digital strategy, analytics, and website optimization/testing operations. In his current role as Senior Director of Services Operations, Adam is responsible for leading all of the research taking place for our research partners. He graduated from the University of North Florida with a B.A. in English Literature and enjoys craft beer & spending time with his dog Riggs.

Online Marketing Tricks vs. Testing: The Thrilla on Mozilla