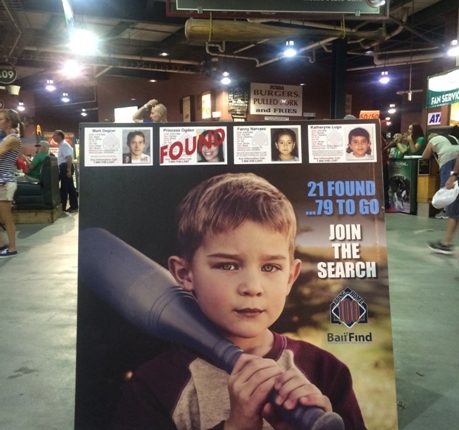 We all have decisions we’re trying to drive. It may be getting budget approval from your manager. Or, selling a client on a campaign. It could be getting venture capital funding, or signing up the right business partner.

Our effectiveness in securing these decisions can have a significant impact on our success. And one way to make the case is by using data.

“Data adds credibility to the claims you’re making,” said Derrick Jackson, Director of Data Reporting and Analytics, MECLABS Institute (the parent research organization of MarketingExperiments). “It’s like the Fight the Squirrel videos say: It can all come across as opinion. But if you bring numbers, it adds validity.”

In this MarketingExperiments blog post, we look at a basic story of how one nonprofit used data to help drive a decision to see what you can learn from its efforts. 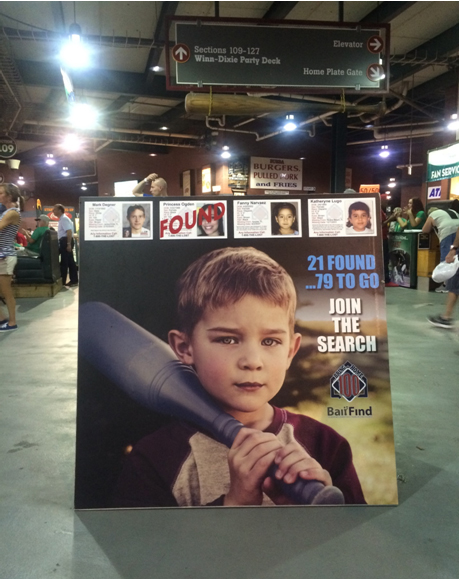 “I realized that I was playing baseball in stadiums with thousands of fans every night, and if there were photos of area missing kids posted in the stadiums, all of the fans would see them.” Dennis told me. “I picked this charity because I believed I had a solution to the most difficult problem any parent can face, and that G-d had chosen me to carry it out.”

Dennis had an opportunity to present to Minor League Baseball (MiLB) executives to get these pictures of missing children placed in many more stadiums.

Step #1: Scope out the need

“I wanted to show by the numbers that my solution was viable, that it wasn’t just an abstraction or a far-off possibility,” Dennis said.

“The real question was, what are the two or three points that are going to drive home what he’s doing, that are very understandable and powerful,” Derrick added.

And this is the first step Derrick advises when trying to use data to make a business case: What need(s) do you have? What point(s) are you trying to make? You might have only 30 seconds (or one line) within your bigger presentation or elevator pitch to use data to make the case. What will have the biggest impact?

So before you lock in on data you think you need, ask a bigger question. “Try to get a deep understanding of the current state of the business and what the end goal is,” Jackson advises. “If you know where you’re at and what goal you’re trying to achieve, you develop the path.”

A few questions he advises you ask yourself or the team you’re working with to make the case:

By stepping back and asking these questions before diving into the data, you aren’t blindly looking for numbers. Instead, you’re taking an empathetic approach and helping those you’re pitching to come to the resulting conclusion you’ve already reached, based on their needs and best interests.

“Be dynamic and go where the situation leads. If you come up with a rigid format of how you’re going to do it, you close yourself to other ways to do it,” Derrick said.

Step #2: Develop approach (make a connection between the desired goal and the data discoveries)

With this lens, you want to get all the data and see how it correlates to the gap you’re trying to close.

Dennis met with Derrick, and shared the results achieved so far – from missing child signs in 40 stadiums, representing 10 million fans. He wanted Derrick’s help showing MiLB the impact of expanding to 160 MiLB stadiums nationwide, getting in front of more than 40 million fans visiting those ballparks.

For example, Dennis shared data that showed BairFind featured approximately 60 missing kids in all 14 stadiums in the New York-Penn League for two-and-a-half months in 2015. As a result, 16 of the featured children were safely located.

Derrick researched MiLB data, including information about each individual league in MiLB, and took a granular look at attendance figures.

While this step can seem pretty straightforward, Derrick encourages marketers to be dynamic and flexible, to see which overlooked data might result in an interesting correlation.

For example, when conducting data analysis for a software company, he discovered the value of a specific piece of previously overlooked data – browser type. It turns out customers that used traditional software were more likely to have Internet Explorer, while customers that employed the cloud computing option were more likely to use Google Chrome.

Based on this data, the company was able to effectively segment its messaging based on browser type – showing messages aimed at promoting downloadable software to Internet Explorer users and messages promoting the cloud solution to Chrome users.

Step #3: Use the data to tell a story

From the data, Derrick was able to conservatively extrapolate that, if MiLB did partner with BairFind during a full five-month season, across 14 leagues and 160 stadiums, well over 100 children would be found.

Derrick translated this finding to the statement: “If we put signs in every minor league stadium in the nation, we can find one lost child a day for the entirety of the season.”

This wasn’t data for data’s sake; this was a very human discovery that resonated more than broad claims about an impact.

“You can throw up an Excel [spreadsheet], and you’ll see the glazed look goes over people’s eyes,” Derrick said. “But to use the data to distill it down to rich points that are easily understandable, that’s the real power of it. You can use rich data analysis, but if you can’t tell a story with it, it’s just a file on your computer.”

“His projections confirmed my beliefs,” Dennis added. “I took them straight to officials at MiLB national headquarters in St. Petersburg, Florida.”

Step #4: Ensure the data is believable

Mark Twain has popularized the saying, “There are three kinds of lies: lies, damned lies, and statistics.” While data can help enable a decision, it can undercut your point if it isn’t credible – especially if your audience is skeptical.

From Derrick’s most aggressive statistical projections, he found that 332 children could be found per year. However, he decided to go with the most conservative use of data to not overstate the case.

Another way to help ensure data is well-received is to tell the story behind it. But, be mindful that this tactic can be overdone. As Derrick mentioned above, you don’t want to reach the point of having your audiences’ eyes glaze over. However, with a slightly deeper understanding of the process – sources of data, assumptions that were made, limitations of the data – your audience is more likely to trust the result.

And, as with many claims, third-party credibility can help. “The best part about having MECLABS prepare our data for use in business decisions is that the data is reported by a third party, and is not self-reported. This gives us undeniable credibility, and our numbers are indisputable to those we approach to work with us,” Dennis noted.

As a result of the meeting, BairFind has been named an “Official Charity Partner of Minor League Baseball,” and given the special designation of “Homegrown Charity” based on Dennis’s past as a player, and the fact that the project was rooted in MiLB, and grew organically.

“So far [in 2016] we have featured over 500 missing kids on concourse signs in 139 stadiums, and over 125 of those kids have been safely located. And the season is not over yet!” Dennis said.

In addition, the data has helped BairFind in other ways as well.

“[Third-party credibility] is key in the world of nonprofits, as transparency and public trust is of utmost importance. Thanks in large part to MECLABS, we have achieved a ‘Platinum’ level of transparency and reporting from GuideStar, which we tout to anyone who wants to know about the nature and culture of our organization. We have measurable statistics and projectable data, which makes BairFind stand out in a world where effectiveness of social programs is often times subjective,” Dennis said.

The Behind-The-Scenes Story Of How We Optimized Outdoor Advertising That Was Featured In A USA Today Article: Optimization beyond digital

Marketing Analytics: 4 tips for productive conversations with your data analyst

Selling the Click vs. Selling the Product: Which strategy is more effective for a text-based PPC ad?

The Best Conversion Rate optimizers do NOT make changes to webpages…