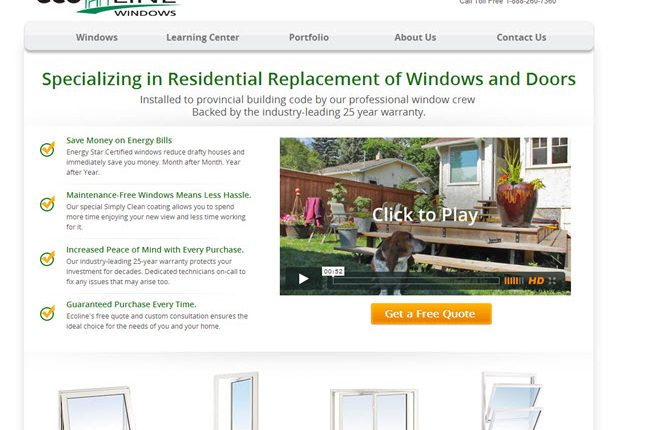 About a year ago, I remember a conversation I had with Arkadi, a fellow reader of the MarketingExperiments Journal. We were talking about the potential of doing some research together on one of his websites, Ecolinewindows.ca.

As part of that conversation, we were working on an ROI scenario, and we came to a point where it was necessary to figure out just how much opportunity there was to make improvements (while simultaneously understanding the customer ontology).

We started with his homepage: 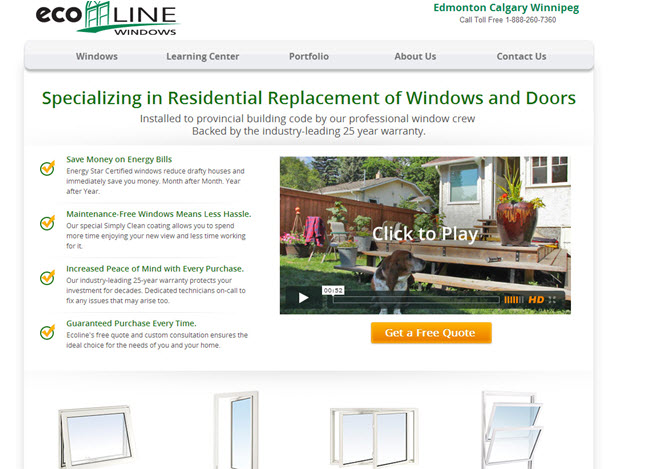 Now typically in a process like this, one would look at a page in the live optimization style, mentally compare it to everything they’ve seen in the space, and record a number of recommendations and priorities to focus on.

Instead, before making any recommendations, I took a glance at the page and asked him one question: “How are people getting to this page?”

He proceeded to give me the breakdown.

In that breakdown, I noticed something peculiar. His direct type-in traffic was unusually high, insomuch that I felt I needed to probe further.

“Are you running any large-scale offline campaigns, like ads or television?” I asked. “Why are so many people typing in your Web address?”

He then revealed that he had been running a direct mail campaign for some time, but that was the only campaign he could remember that fit my criteria.

Shortly thereafter our time ran out, so I asked him to send me a screenshot of his direct mail marketing collateral, along with some other materials, and scheduled a follow-up call late in the following week to continue our discussion.

This is what he sent:

At this point, I had a hypothesis.

Could it be possible that the majority of his direct type-in traffic was coming from this postcard? If so, what would be the effect of increasing postcard-to-website continuity? Should he adjust his postcards to direct traffic to a microsite, or would simple changes on his existing homepage be enough to make a difference?

The next week came, and I was prepared for the call. But to my surprise, Arkadi came with some unexpected news.

“Guess what?” he said. “I was able to double my conversion rate!”

That’s when he showed me his treatment: 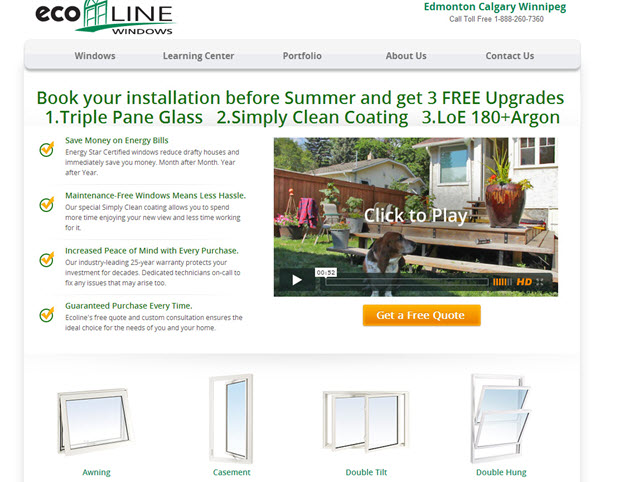 See the difference? (Compare his new headline to his direct-mail copy.)

Arkadi had the same hypothesis about his homepage, and out of that hypothesis came a simple test: What effect would direct mail copy in his homepage’s headline have on his website’s lead generation rate, both when it came to calls and Web form submissions?

With one bold, courageous stroke, he put his hypothesis to the test.

The result: A statistically significant increase in both qualified calls and Web form submissions (I viewed the data firsthand and certified it).

What was the greatest takeaway from this increase?

For me, it wasn’t so much about confirming our hypothesis about channel-to-website continuity or even exploring the impact of connecting offline and online. Instead, it was moreso about understanding the power of the simple process that brought us to our conclusion.

That same, simple and powerful process also created the winning treatment in this case study:

Here are the results of that test:

Before you assess for changes, assess for customer motivations. Take the time, find out what it is that they’re looking for, why they care, and connect it with what you already have.

New Chart: Direct mail rated as an effective tactic by many B2B organizations [MarketingSherpa Chart of the Week]

Marketing Concepts: 3 telltale signs your homepage is not customer-focused [More from the blogs]

Subscription Checkouts Optimized: How experimentation led to compounding gains at the revenue level