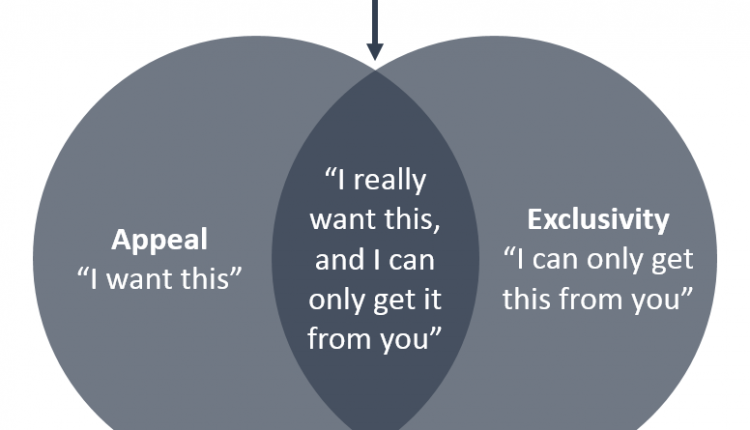 In last month’s MarketingExperiments Web clinic, we discussed the “Only Factor.” This key ingredient of an effective value proposition is the point where the exclusivity and appeal of an offer intersect, causing prospects to say, “I really want this, and I can only get this from you.”

In today’s crowded marketplace, having a strong “Only Factor” is critical in gaining mindshare with prospects. The menu at Moe’s Southwest Grill might be just as appealing as the menu at Chipotle, but what made the latter an industry leader in the fast-casual category was its best-in-class organic and locally-sourced ingredients. Similarly, though retail juggernauts like IKEA and Bass Pro Shops are not reinventing the wheel with their products, the destination shopping experience that they provide cannot be matched by their competitors. 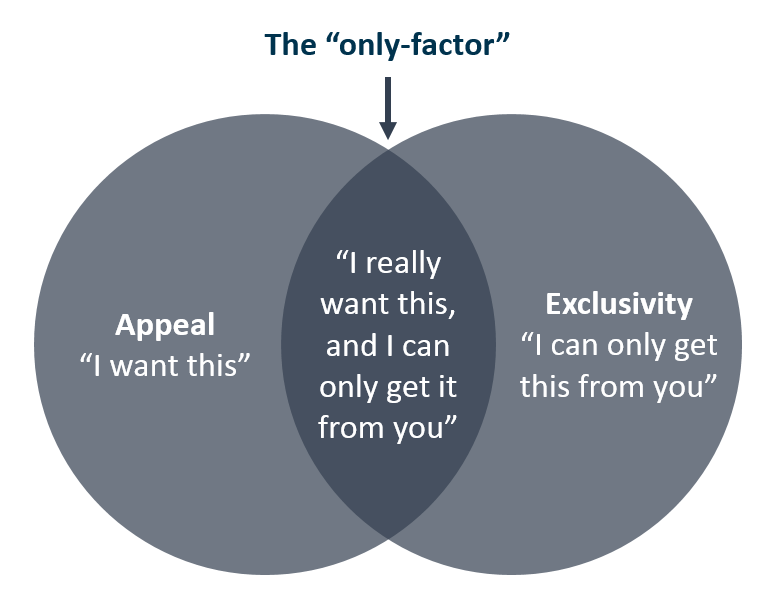 When promoting a product or service, there is no bigger platform than the Super Bowl. In fact, the 21 most-viewed television broadcasts in American history are all Super Bowls. Last Sunday, a record 167 million of us watched Super Bowl 50 stateside, shattering the U.S. record for most total viewers ever for a broadcast. Bigger than the Olympics. Bigger than the Royal Wedding. Bigger than the moon landing.

Every year, companies spend millions for the opportunity to advertise during the Super Bowl. For Super Bowl 50, companies paid a record $5 million per 30-second spot to get their products before the eyeballs of roughly half of all U.S. citizens.

Yet every year, well-intentioned advertisers fail to capitalize on this massive investment by focusing on tangential creativity rather than actual product value.

For example, looking back just two years to Super Bowl 48, I’m sure many of us remember this middle-aged man, wearing night vision goggles and carefully guarding his snack from Bigfoot. But how many of us actually remember what specific snack he was trying to protect?

This isn’t to say that it’s impossible to produce a clever, memorable Super Bowl commercial that is capable of entertaining the masses and reinforcing the appeal, exclusivity and greater value of your offer. With Super Bowl 50 now in the rearview mirror, let’s take a look at three companies that got it right:

USA Today’s panel of nearly 20,000 Ad Meter voters chose Hyundai’s “First Date” as the best overall commercial of Super Bowl 50. And for good reason. The wildly entertaining 60-second spot, starring comedian Kevin Hart, depicts Hart as an overly protective father who goes into overdrive when a young man arrives to take his daughter on a date. Before the young couple leaves, Hart graciously hands over the keys to his new Hyundai Genesis. What the suitor doesn’t know, however, is that the Genesis has a new “Car Finder” feature that allows the owner to remotely track the vehicle’s location.

While the spot is entertaining, it also serves a purpose. Kevin Hart’s slapstick antics, shadowing the couple from location to location, effectively convey the function and value of the Hyundai’s exclusive “Car Finder” feature. And, despite the fact that scenes take place in a movie theater, a carnival and at a romantic Los Angeles overlook, hero shots of the Genesis visually dominate the commercial.

Though this commercial for Mountain Dew’s Kickstart energy drink might seem nonsensical on the surface, by Super Bowl standards it strikes all the right chords.

The spot begins with three friends laying around their apartment lethargically. “I might just chill tonight,” one of the men says weakly. Suddenly, the dog door flies open and a puppy/monkey/baby hybrid comes dancing in with a baby rattle in one hand and a bucket of Kickstart energy drinks in the other.

After licking one of the men’s faces, Puppymonkeybaby, like the good barkeep he is, starts distributing energy drinks. It only takes one sip for these three gentlemen to realize how delicious and energizing the beverage is. Instead of laying around the apartment all night, the men dance right out the door for an evening of adventure, with Puppymonkeybaby taking the lead.

As they exit, we see this tagline: 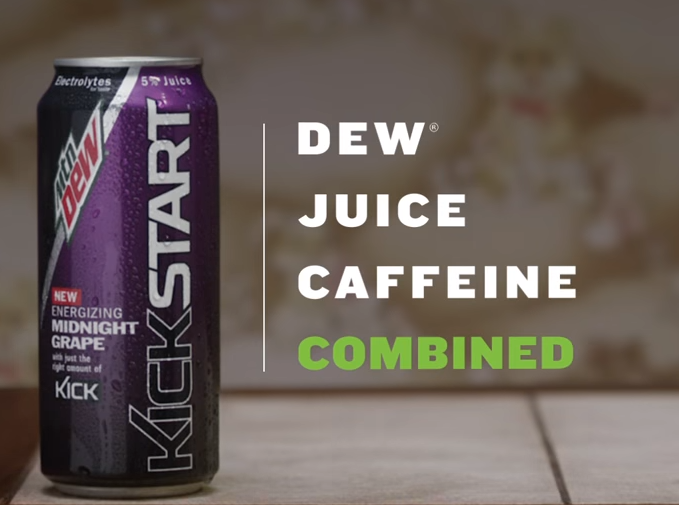 In 30 seconds, Mountain Dew effectively sold both the appeal (refreshing, delicious, energizing) and exclusivity (the only energy drink containing America’s favorite high-caffeine soda) of Kickstart, while still entertaining the masses with spectacle.

Our final commercial takes us to a distant planet, where a group of aliens are touring the “Museum of Earthly Wonders” to see all the unique things that our planet has to offer.

As the aliens make their way through the museum, they encounter such unfamiliar exhibits as the Rubik’s cube, emojis, Scott Baio and the “gold and white dress that caused the Civil War.”

“Most amazing of all,” the alien tour guide says as he encounters the museum’s centerpiece tree, “are the avocados from Mexico.”

“They are always in season,” he adds as visitors dig into some chips and guacamole, “so you can enjoy them all year long.”

Like Hyundai and Mountain Dew Kickstart, Avocados from Mexico leverages humor and creativity in a way that emphasizes, rather than distracts from, its particular value proposition. While avocados and guacamole are certainly appealing, what sets Mexican avocados apart from their California counterparts — their “Only Factor” — is the fact that they are in season all year.

Exclusivity: Does your product and offer stand out from the competition?

Boost Your Online Ads: Strengthen your value proposition by focusing on your “Only Factor” [MarketingExperiments Web clinic]