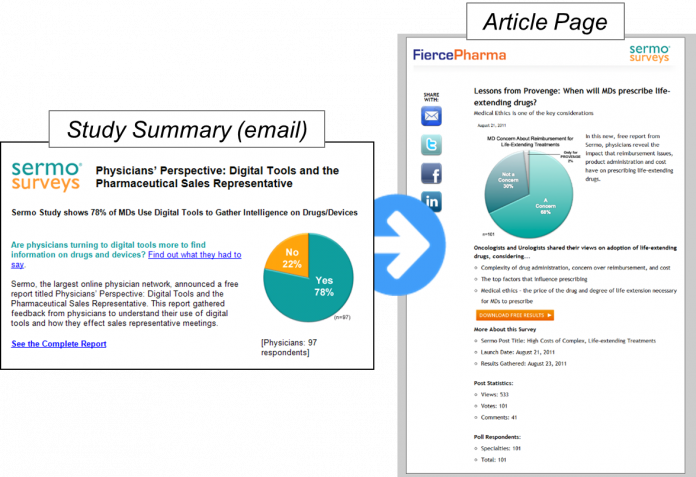 Are rented lists effective? What can I expect for a conversion rate on one? Are my emails even getting read when I rent a list?

These are all good questions, and the answer is…

The best we can do is look at what other people have done and try to apply similar principles to our rented email list campaigns.

With that in mind, here’s one campaign run by a company called Sermo. Sermo is a physicians-only social network that charges pharmaceutical companies for access to their audience.

It begins with a rented list from Fierce Pharma.

Sermo wanted to use some survey data that they had gathered from their audience as an opt-in offer for an audience of pharmaceutical companies. 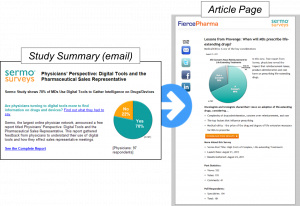 Once the audience clicked on the download button, a pop up showed that asked for email and information.

Sermo ran several tests with single article emails, and the results came up inconclusive over and over again.

What they found, however, when they looked closely at the metrics of those tests is that each campaign’s conversion rate varied widely.

That told the team that the main thing affecting the conversion rate on these emails was the content itself.

The team hypothesized that if they created a send with different content options in the same email, the opt-in rate might improve significantly. So they created a treatment email and tested it. 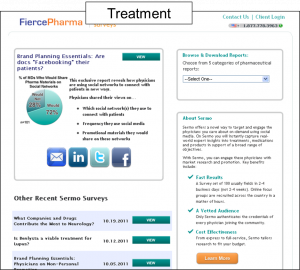 They found a significant increase in opt-in rates for people who clicked twice on the email (their most qualified prospects).

By examining the data in their rented list campaigns and creating an informed hypothesis, the team at Sermo was able to increase email capture rate by 197% on their most qualified prospects.