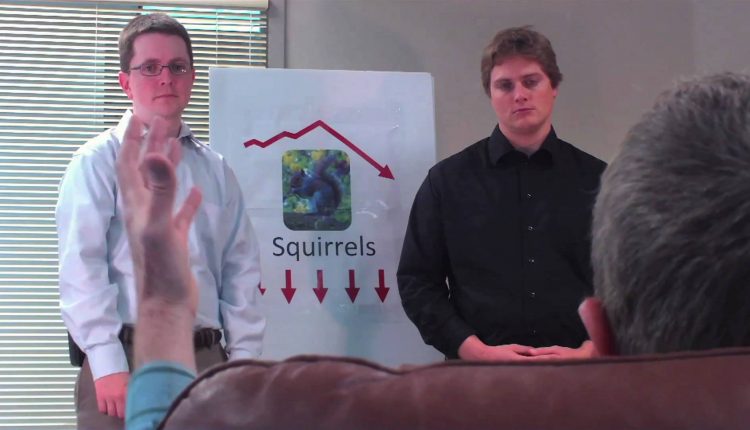 My struggle is not only being able to tell the good ideas from the bad, but…once identified…letting go of the bad ones. Perhaps it’s the amount of time I put into coming up with the bad idea. Or just the fact that it’s my idea.

Maybe you’ve experienced this as well? Even worse, maybe your boss is the one that can’t let go of a bad idea. Around the labs, we call that bad idea a “squirrel”…

Odds are at some point your boss or coworkers have had their own “squirrel,” and in one form or another, you have found yourself in a tree stand, loading a rifle.

So what is the best ammo for the rifle? These squirrels are notoriously hard to kill. And the higher up the chain that squirrel comes from, the more bulletproof its fur is.

Here’s the problem, it’s difficult to fight ideas with ideas. Opinion-based tactics like polls and focus groups only go so far. At the end of the day, you still just have your idea against another idea.

This might be the only option for many circumstances; however, the beauty of the digital world is that every idea can be tested. And if we could just be humble enough to submit our ideas to empirical tests, I believe the creative process might just get a little less hairy.

Of course, while you might be humble enough to submit to a neutral, third-party, data-driven analysis of your ideas, you may still have the problem that the man who signs your checks or woman who conducts your annual review will not.

So on Monday on the blog, we’ll offer you more advice on how to create a culture of testing in your organization (along with more cute, cuddly squirrel videos).

And on Wednesday, we’re devoting an entire web clinic to not just our latest online marketing optimization discoveries, but a behind-the-scenes look at how one marketing manager implemented a culture of testing in her enterprise organization.

What squirrels have you had to face?

In the meantime, leave a comment and tell us your squirrels. What is the worst idea your boss has ever foisted on your advertising, marketing, or communications? Or step up and admit your own squirrely ideas.