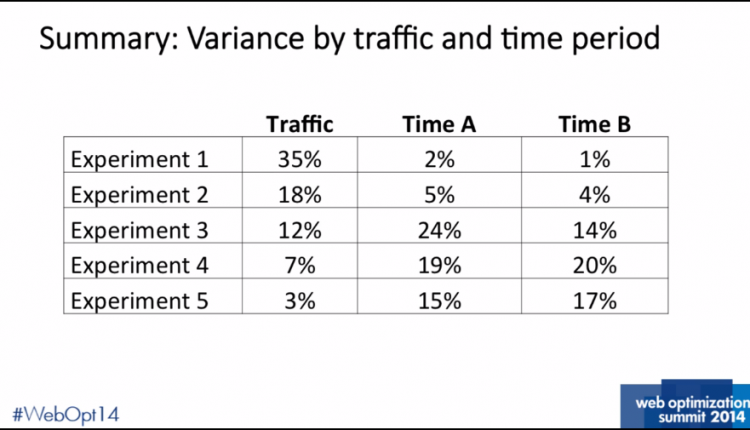 When it comes to testing, A/B testing typically steals the spotlight, casting its sister procedure, variance testing, in the shadows. However, according to Emily Emmer, Senior Interactive Marketing Manager, Extra Space Storage, that’s a mistake.

Before the team conducted variance testing, the company’s testing environment was structured like a free-for-all. There were few, if any, set rules in place, and, according to Emily, the person with the highest title and the loudest voice typically had their test implemented. All of this changed after the Extra Space Storage team ran some variance tests.

By focusing on variance testing and translating the results from this procedure into rules for A/B testing, Extra Space Storage achieved a 45% increase in conversion rate from the previous year. Watch the below excerpt to learn the results of the team’s test, the rules they developed and Emily’s advice on when to start variance testing and how to implement it.

Taking the data from these five experiments, Emily was able to extrapolate that information into rules that Extra Space Storage could use for testing moving forward, she said. Below are the results she was able to achieve: 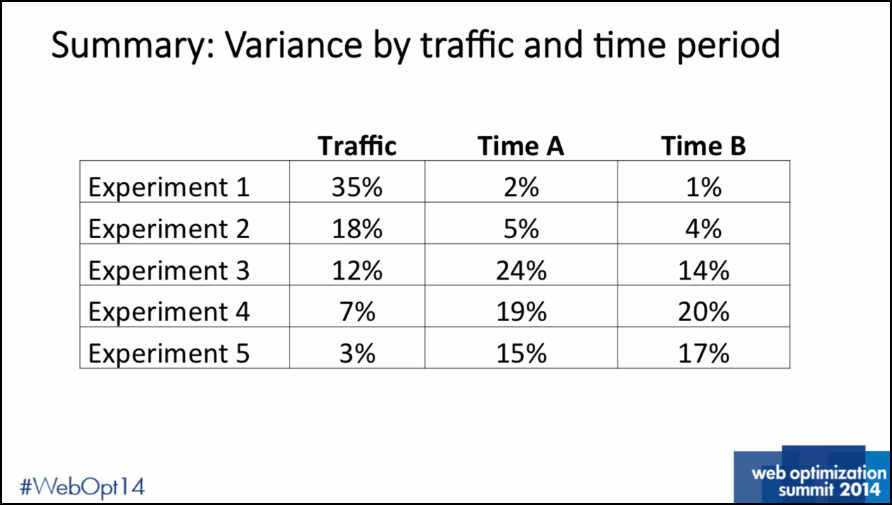 Altogether, Emily and her team developed four different testing rules from this effort, including that all tests need to run for at least two weeks.

Emily advised anyone who runs or plans on running A/B tests to conduct variance testing beforehand. This will give future tests a baseline for how much of your traffic you can test and still expect to gain workable results.

She recommended that companies run variance testing if:

Reserve your seat for MarketingSherpa Summit 2016 — February 22-24, 2016 at the Bellagio Resort in Las Vegas

Your Marketing Should Make Your Prospects Say “AHA!,” Not Just “Yes”