Customer Motivation: How a craft brewery tapped into the element that most affects conversion 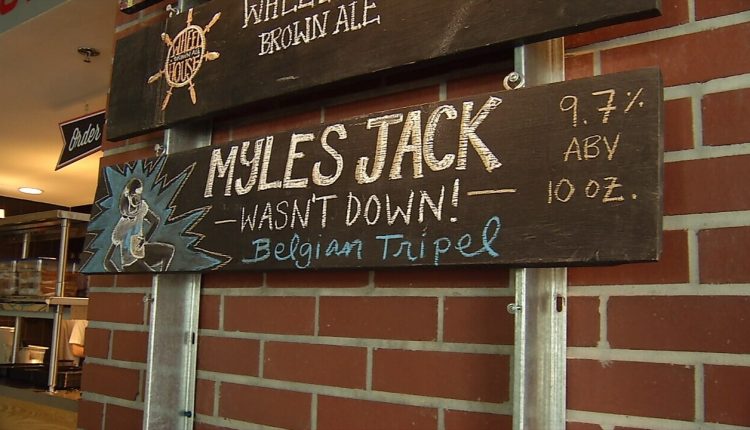 If you want conversion rate increases, the No. 1 factor to consider is customer motivation, according to the Conversion Sequence Heuristic from MECLABS Institute (parent research organization of MarketingExperiments).

That’s why the letter “m” has the biggest multiplier (4) in the heuristic. 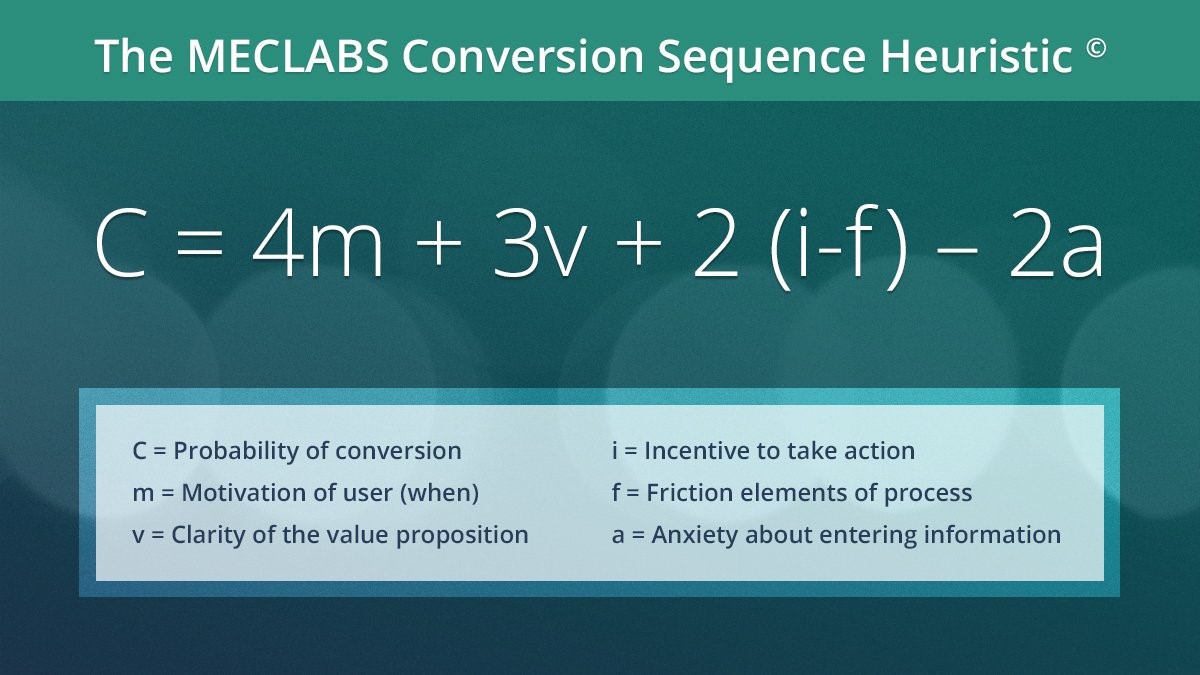 When we talk about motivation, we often talk at a granular level — understanding where traffic is coming from or where customers are in the thought sequence to help your landing page optimization.

I recently came across a great example of an entire product built solely on customer motivation: A small brand went up against a giant competitor by tapping deeply into customer motivation. You may not be able to go this far with your products, but extreme examples like this are nice because they help us brainstorm possible outside-the-box ideas we can do with our own marketing.

“It begins with an ancient story”

Our story begins with the 2017 AFC Championship football game. The Jacksonville Jaguars versus the New England Patriots. David versus Goliath. If you’re unfamiliar with this part of the story, John Malkovich tells it far better than I can.

Except, when David slew Goliath, there were no referees involved to influence the outcome. In the case of the Jaguars versus the Patriots, a controversial call by the refs decided the outcome of the game. Goliath (the Pats) went on to the Super Bowl, and David (the Jags) was sent into a long offseason.

In case you’re unfamiliar with football, I’ll briefly overexplain what happened. If you’re totally uninterested in football, feel free to skip the next two paragraphs.

The most controversial call in the game came when Jaguars linebacker Myles Jack stripped the ball (took it away) from Patriots running back Dion Lewis in the fourth quarter of the game. After stripping the ball, Jack got up and started running to the end zone for a touchdown. But he stopped because the refs blew the whistle, in effect saying he was touched by Lewis, meaning he was down by contact and the play was over.

However, upon looking at the slow-motion replay, it appears that Lewis didn’t touch Jack, and therefore Jack wasn’t down. However, once a play is blown dead by the refs’ whistle in the NFL, they can’t overturn the call from the instant replay. If the refs had waited on the whistle, allowed the play to run its course, Jack likely would have scored a touchdown, the replay would have shown he was never touched and therefore never down, the Jaguars would have had an insurmountable lead and headed to their first Super Bowl.

This botched call became a thing. A meme. It went viral. Whatever you want to call it, it created a deep and abiding motivation in a large percentage of people living in the Jacksonville area.

Which also created an opportunity.

Every marketer faces their own Goliath

Before I complete the story, let’s jump to a challenge you likely face — how to compete with a larger rival. How do you defeat your industry’s Goliath? Unless your brand dominates its market, you likely have to face a larger competitor. In ecommerce, that competitor is Amazon. In B2B, it might be IBM. In the beer industry, that company is Anheuser-Busch InBev SA/NV and its $246.13 billion in assets.

Intuition Ale Works is a Jacksonville-based craft brewery and taproom. I don’t know the value of its assets, but it is significantly less than AB InBev.

So how to compete?

You need a compelling story powered by a forceful value proposition because you’re fighting against a whole lot of money. Money that can drive logistical efficiencies that allow your bigger competitor to be profitable at a much lower cost than you can bear. Money that can buy loads of advertising and sponsorships and endorsement and expertise.

Another part of its value prop is that Intuition has a greater degree of intimacy with its customers. It is better able to tap into their motivations.

“We try to keep a close eye on the buying patterns of our customers,” Brad Lange, Chief Operating Officer, Intuition Ale Works said. “Every morning our sales team reviews updated metrics that show how our core beers are performing. (Core beers are available year-round in package and draft format throughout Jacksonville, as opposed to seasonal, specialty and limited-release beers that have shorter lifespans). We also check the previous day’s sales report in our taproom.”

He continued, “This gives us insight into how our seasonal and specialty beers have been selling. I’d say that we are obsessed with data, at least when it comes to consumer interest in our beers. Part of this interest is business related. But at a deeper level, we want to provide Intuition drinkers with beer that they are excited about. We let the sales numbers tell us what consumers like and what they don’t.”

Customers vote for their motivations with their wallets

Intuition had a new beer in the works, brewed by owner and founder Ben Davis, that needed a name. “Our brand is typically more outdoorsy and Florida-related, and the beer names are simple and straightforward. For example, Jon Boat Coastal Ale, I-10 IPA, and King Street Stout,” Lange told me.

“As most people in Jacksonville know by now, the phrase ‘Myles Jack Wasn’t Down’ has gone viral locally. It’s become a rallying cry, of sorts. Ben mentioned it and we all thought it was great, even though it is completely off-brand in terms of how we normally name our beers,” Lange said.

And so Myles Jack Wasn’t Down! became the name of the brewery’s latest product. 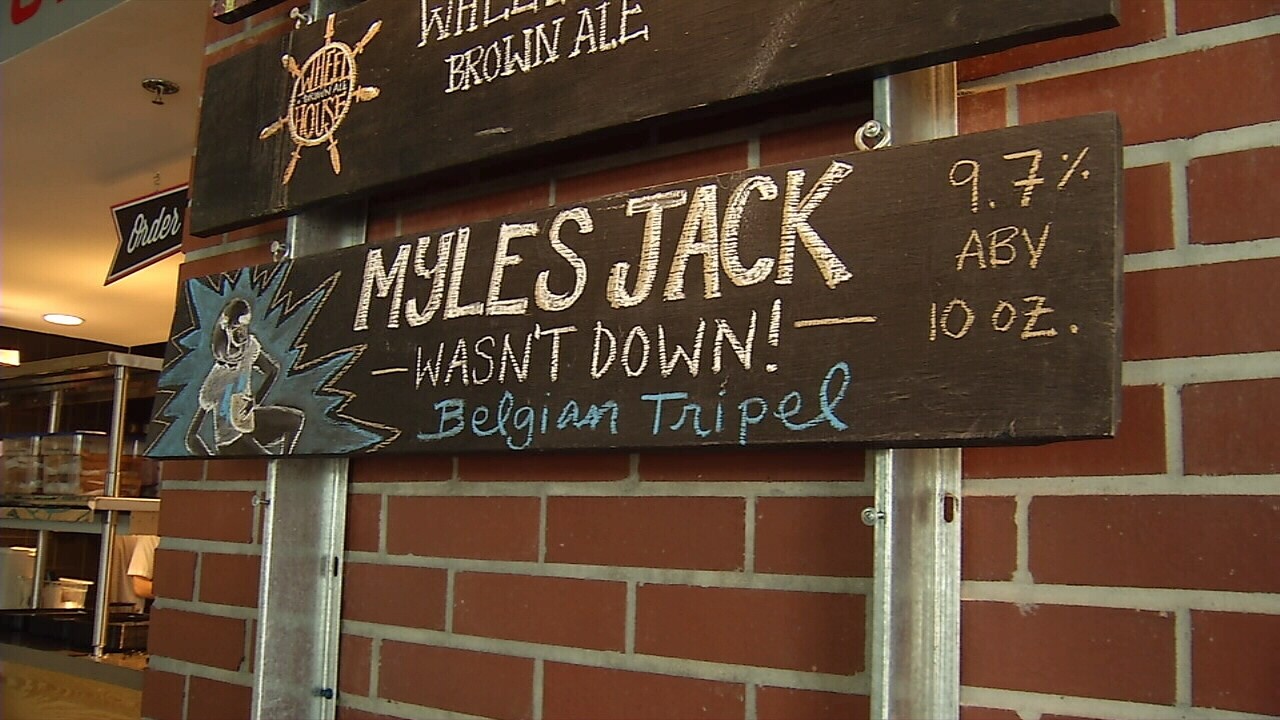 Not all purchases are logical. Customers aren’t dismal scientists, coldly calculating how supply and demand affect their decisions. The purchases that tap most deeply into their motivations are based less on product features and benefits and more on an ability to express themselves in a cold, noisy and overpowering world. “I’m here. I matter. And this is what matters to me.”

Apple understood that with its legendary Think Different campaign. “I’m a misfit, I’m a rebel, I can’t buy a PC.”

Patagonia has tapped deeply into customer motivations with its environmental activism (probably less as a marketing strategy and more as a core belief). As a result, revenue and profit have quadrupled over the past 10 years, and the company now sells about $1 billion per year in outdoor clothing and gear.

It’s difficult for a customer to logically compare the features and functions of every jacket on the market and determine which will best serve their short- and long-term needs. However, it’s easy for a customer to understand that they have a deep motivation to support public lands. And they see Patagonia is fighting for public lands against Goliath (even though the refs are being unfair). So they subconsciously think, “While I might be a mere speck of dust in this universe, I’m going to stand with Patagonia and public lands and the environment by buying this jacket.”

And so it is with beer as well. While the actual product and the football play really have nothing to do with each other, the Myles Jack Wasn’t Down! beer name has had an undeniable effect. “It has sold incredibly well. We don’t try to actively market our beers. But once we announced the name, it sort of took on a life of its own. People came in right away to try it. A lot of them have been wearing Jaguars gear. It has been a pleasant surprise for sure. Myles Jack’s family actually contacted us and are planning on stopping by to try it,” Lange said.

While Lange says they don’t actively market their beers, I will disagree. Sure, in the typical business connotation they don’t. They don’t buy advertising, hold focus groups or build an official marketing plan. They don’t have a drip campaign built into their marketing automation platform.

But customer-first marketing doesn’t always look like the traditional definition of marketing at first glance. The core of customer-first marketing is understanding and serving a customer and then creating messaging so the customer perceives that your product will serve them. All that other stuff is just a means to get that message to your ideal customer. And in that sense, I think Lange and his team engage in some serious marketing.

I could have ended the story right there, on an up note. But the sun doesn’t always shine in the Sunshine State. As we’ve seen, David doesn’t always defeat Goliath. And sometimes, dark clouds form around products as well.

Part of customer intimacy and deeply understanding customer motivations is being able to say goodbye to products. Customer motivations aren’t static. They change. As your customers age. As new technology is developed. As competitors get a better fix on what customers want. As the shifting tide of trends and public opinions ebbs and flows.

For example, Intuition recently decided to retire one of its first beers.

“This was a really difficult decision because it played such a key role in the development of our brand the past seven-and-a-half years. When a beer doesn’t sell as well as it once did, it tells us that something has changed. Maybe a style isn’t that popular in the market anymore. Or we’ve developed a similar beer that just tastes better, and our customers prefer it. It’s our job to figure out why sales fell off and then to create something different that our customers will be excited about,” Lange said.

Grab your slingshot and go into battle

If your brand is facing down its own Goliath, I hope this story provided a bit of inspiration in your day. Remember, size isn’t everything.

Your slingshot is your understanding of the customer — whether you’re using data analysis or A/B testing, sales reports or in-person customer interviews.

Harnessing Customer Motivation: How one company increased conversion by 65% by aligning page elements with customer desire

In Conversion Optimization, The Loser Takes It All