The Charm of Three: How people process positive claims in persuasion messages 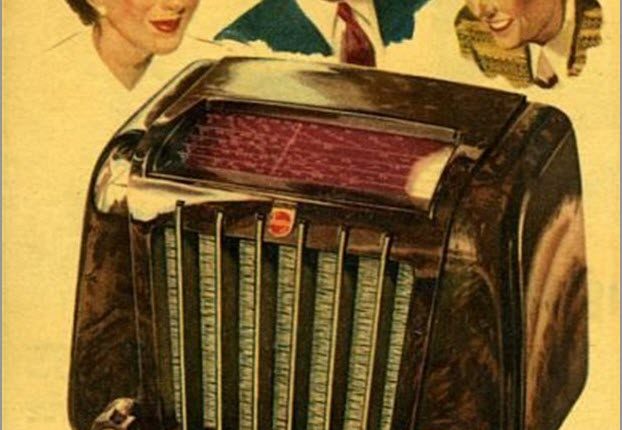 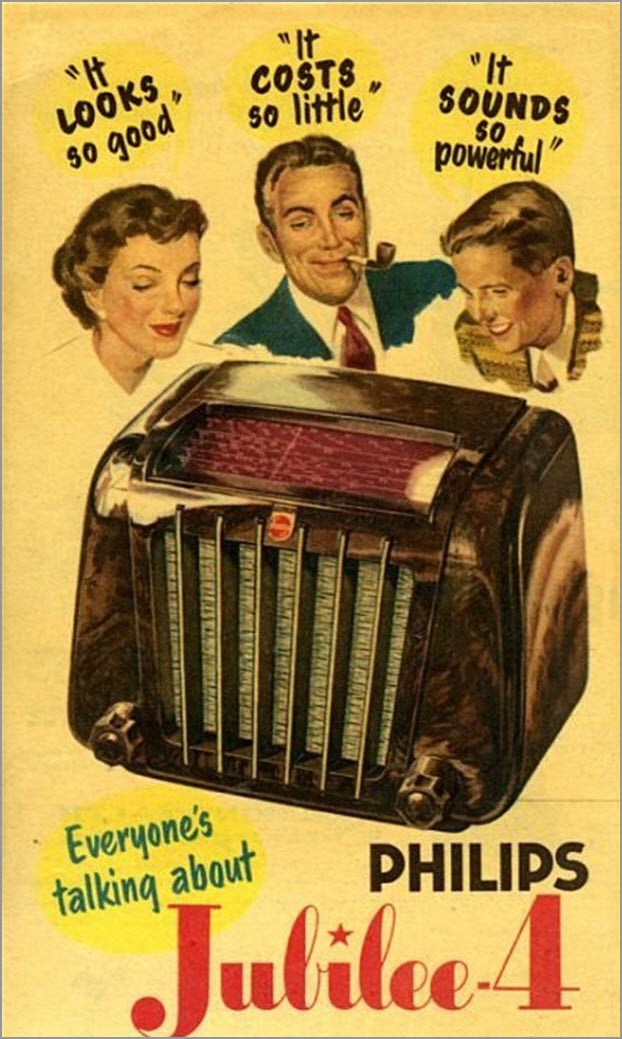 How many positive claims should firms use to produce the most favorable impression of a product or service? Despite the logic that more positive claims about an object should lead to better impressions, a recent study found that when people are faced with messages they know are made to persuade (like most marketing communications), they have limited patience for positive claims.

Let’s look closer at the study comparing the effects of different numbers of positive claims in messages with persuasive intent, and the consequences in terms of consumer attitudes toward the object when messages include more than three such claims.

In January 2014, professors Suzanne B. Shu, UCLA Anderson School of Management, University of California, and Kurt A. Carlson, McDonough School of Business, Georgetown University, published the results of a series of experiments analyzing consumer perceptions of positive claims in advertising contexts.

It’s not a new idea that three is an important number for perceived completion. People generally perceive that three claims are sufficient to draw a conclusion about an object. The average consumer and average industrial buyer typically believe that a set of three options constitute a complete consideration set.  As the above vintage Philips ad illustrates, advertisers have been using the power of the three claim model for decades, at least.

However, Shu and Carlson are the first to put “the charm of three” principle to empirical test in a marketing messaging context. They hypothesized that consumers would look increasingly favorably at up to three positive characteristics of a product, and after this point, consumers would become skeptical toward all claims and the object in general.

In the four-claim version experiment, the study authors asked 365 students to read the following scenarios with either one, two, three or four positive claims about a cereal:

Imagine that you are shopping at the grocery store and you notice that a brand of cereal you sometimes buy has a new package design. As you look closer, you discover that they have also changed the product itself. The packaging says that it now is “Healthier, better tasting, crunchier, and with higher quality ingredients.”

Then, participants rated their attitude toward the cereal (“good/bad,” “favorable/unfavorable,” “positive/negative”).

Next, participants were told that the manufacturer had decided to add one more claim to the list, resulting in a total of either two, three, four or five claims.

Then, participants were asked again about their attitude toward the cereal, taking into account the additional claim.

Finally, participants were asked open-ended questions about their reaction to the claim and why they thought the manufacturer had added the claim.

Their answers to the open-ended questions were summarized into six categories:

The below chart shows the prevalence of different types of thoughts participants had about that additional claim, which help explain what happens after the peak of three claims is reached.

After the third claim, participants had significantly less positive thoughts, more negative thoughts, and engaged in more counterarguing (showing disbelief in the claim). 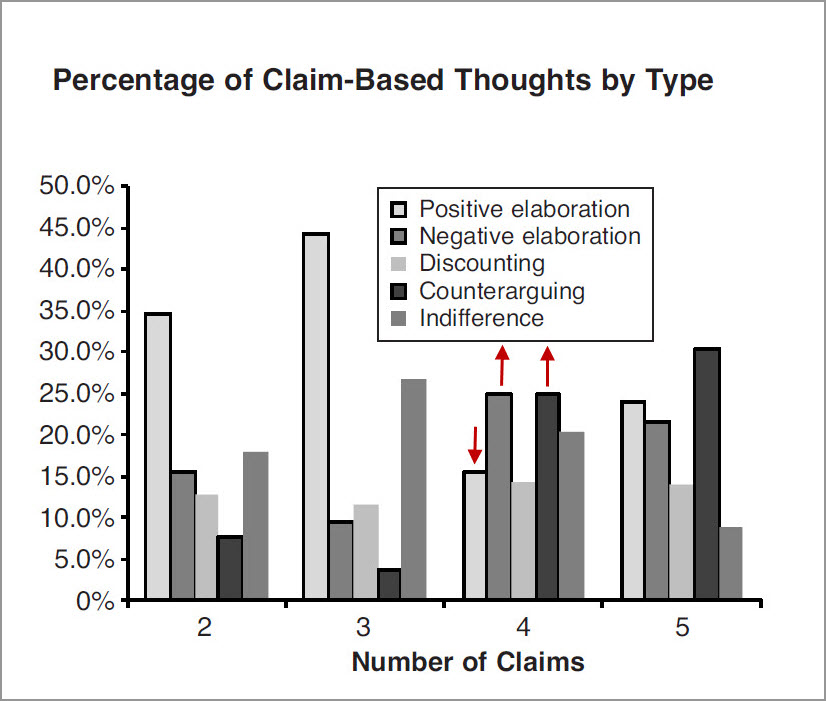 The researchers found the same participant response pattern across scenarios, utilizing different products such as shampoo, cereal, politicians and restaurants.

The authors of the study conclude that the charm of three applies to many everyday choice settings in which consumers actively think about their purchase decisions. However, in situations where people are processing lots of messages from different sources very quickly — like billboards and store signs in busy retail spaces — cognitive resources are limited, and people are less likely to develop skeptical attitudes about claims beyond three.

To wrap up, marketers should use the power of three when making positive claims in their advertising messages, unless they have third-party credibility to support additional claims. In a broader sense, the same rule can be applied to positioning — be aware that developing more than three brand concepts could confuse consumers and lessen perceived value.

When Three Charms but Four Alarms: Identifying the Optimal Number of Claims in Persuasion Settings [From Journal of Marketing]

First Impressions: How to earn your place in customers’ inboxes [From MarketingSherpa]

Website Spring Cleaning: A 5-Web-clinic crash course to help you tidy up your webpages

Value Force: How to win on value proposition and not just price