Content Marketing: How to break through the clutter and connect with individuals 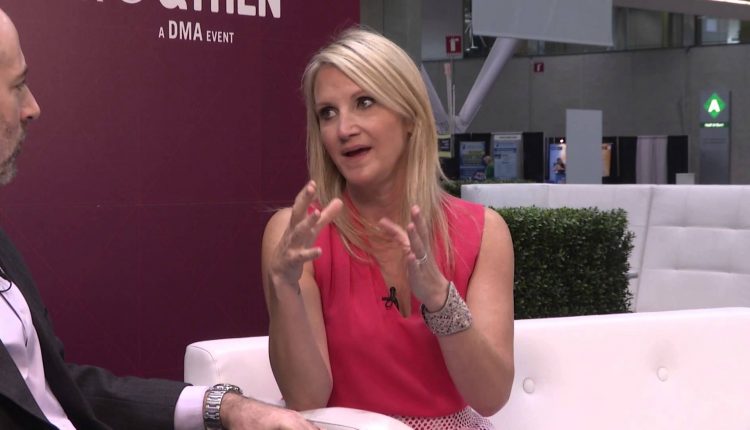 “One of the most important things to remember is that the people you’re trying to reach are being freaking bombarded all day long,” said Mel Robbins, best-selling author, top TED speaker and CNN commentator.

Daniel Burstein, Director of Editorial Content, MarketingSherpa (sister company of MarketingExperiments), sat down with Mel at the MarketingSherpa Media Center at &THEN, DMA’s annual event, to discuss how marketers can use content marketing to better connect with customers.

Mel began by talking about breaking through the clutter. She said the average full-time professional receives 173 emails a day. What does that mean for you?

“Your message has to resonate immediately, and it’s got to be important to the person who’s getting it,” she said.

Those two points carried on throughout the interview as she went on to discuss how marketers should package their content, as well as how they can best connect with their customers.

“In the case of an email, you really have to market to … the curiosity gap, which is that five-second window you have to grab somebody’s attention and immediately be like, ‘Huh, I wonder what that is,’” Mel said.

First, seven of the articles were lists.

“Why? Because when you see a list, it immediately stimulates the prefrontal cortex and this curiosity gap of ‘Huh, I wonder what the seven things are,’” she said.

Second, they see more usage of odd numbers. “Odd numbers trigger something new,” Mel explained. This is because our brains are more used to seeing even numbers.

She broke it down: “If I say the top 10 reasons, even though David Letterman made it famous, it’s sort of a throwaway number. The seven reasons why your customers don’t open your emails — you’re like, ‘Woah, I got to know what that is.’”

She then went on to say, “The soul of a leader is somebody that can, at a moment’s notice, turn off the mind that is focused on headcount and numbers and spreadsheets and turn on what marketers do — which is curiosity and hopes and dreams and impulse.”

“It’s because of the language of the mind you understand the technology, which has to do with the algorithm at Facebook and how people find content and distribute it. But in the language of the soul, what we understood is what does that person who is seeing something pop up in their feed want?” Mel said.

She said it’s the soul of the leader that “you’re speaking to typically when you have a message that resonates.”

People are not on Facebook or Twitter to buy products. They go for a break from the rest of their day, according to Mel.

She advises, “If you’re somebody buying Facebook ads or you’re somebody trying to syndicate your content through Facebook or Twitter, think about the ‘why’ of somebody being on that platform. And the data comes in from not only picking relevant content but also from, ‘How am I going to package it so that somebody in that environment is actually going to feel like it’s, within five seconds, something they want to click on?’”

She went on to say that communicating with someone in their inbox or on Facebook is more direct and intimate than communicating via a piece of direct mail on their kitchen table. You’re messaging to them in a private setting.

After all, “half the people you’re reaching, their spouses don’t even have the code to their phone,” she said.

“If your message is not resonating — meaning nobody is clicking on it — you’ve got to tweak it to take account that you’re reaching them somewhere that’s totally new and very intimate with them,” Mel said.

Remember: It’s not about you

The overarching lesson: no matter where or how you communicate with customers, it’s not about you. Not only does the content itself have to be something that your customers or audience want, but you must also package that content in a way that is most valuable to the person seeing it.

“It’s never about you. It’s never about your product. It’s always about the person that is receiving the message. If you start by thinking about what’s important to them and what’s going to peak their interest, you’re going to set yourself up to win,” Mel said.

Watch all of our interviews from &THEN, DMA’s annual conference

Value Proposition: How a local business doubled its space in 9 months