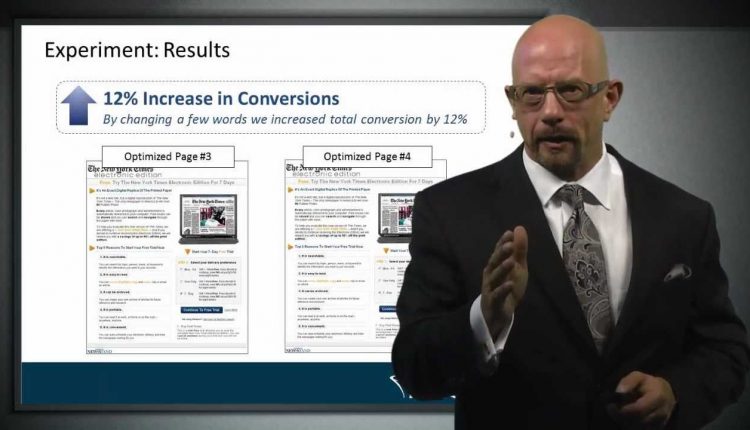 In this video, Dr. Flint McGlaughlin, Managing Director and CEO, MECLABS, shares how The New York Times and MECLABS worked together to generate a 1,052% landing page conversion gain during 18 months of experimentation …

00:28 – Maximizing the efficiency of the sales process

7:56 – Cumulative results of the experiment

15 years of marketing research in 11 minutes

Landing Page Optimization: How to plan a radical redesign so you get a lift AND a learning

How can I engage with MECLABS?

How to Predict, with 90% Accuracy, Who Your Best Customers Will Be