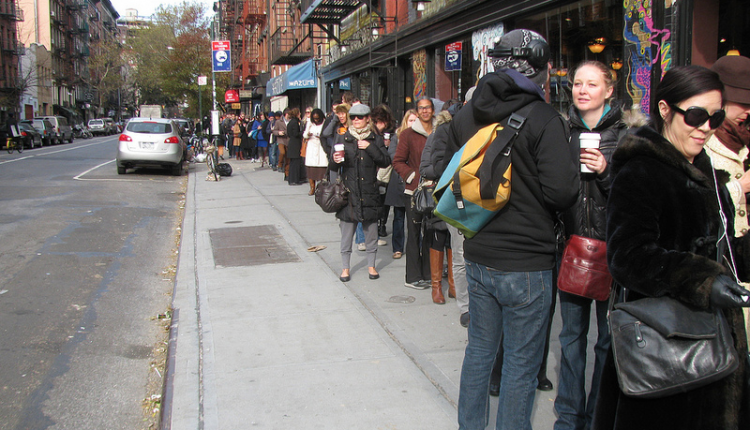 But first, right here on the MarketingExperiments blog, let’s take a look at one of SAP’s tests from this Test Lab initiative …

Background: SAP identified the “Spotlights” section on SAP.com as a key area at driving traffic to deeper levels of the website, where more topically specific content can be engaged.  This area was very text heavy.

Goal: Increase the level of engagement (as measured by clicks in the areas’ CTAs).

The treatment, with thumbnails and clearer calls-to-action, yielded 62% more engagement. The team was able to isolate the conversion impact to one variable – the imagery – because another treatment (not pictured in this blog post) included the enhanced CTAs without the imagery, yet still lost handily to the treatment with imagery.

With any test, it’s important to consider different segments of your audience. After all, a test is simply measuring audience interaction with a treatment. Your segments may be based on age, job title or primary product interest.

In SAP’s case, one segment they were testing was location, based on country. In fact, the 62% lift is an aggregate across seven country websites, so at an aggregate level, they found the imagery to be effective. However, they also found visitors to the China version of SAP.com engaged at a level 433% higher than the U.S. version of SAP.com, giving the China team extra impetus to use imagery.

Running your own visual tests

I talked to Taylor Kennedy, Senior Manager, Optimization and Strategy, MECLABS, about running tests using visuals to increase conversion. If you want to run tests on the look of your website, Taylor suggests you think of imagery on two levels:

How does the imagery relate to the value of the call-to-action, content or whatever you’re trying to generate interest in? And, is that imagery consistent with your branding and your primary value proposition?

“Can you associate imagery with the value of your content?” Taylor asked. “For example, if you write about testing, would you put a picture of an analytics report or a person perhaps? Would you use symbols or graphs? How do you communicate the value visually?”

And, you want that communication to happen quickly.

“Is it simple enough or does it confuse?” Taylor asked. “You don’t want imagery that takes away from your conversion goal, you want it to clarify the experience for the user.”

Using visuals to guide the visitor

Value communication is not the only purpose of visuals, however.

“If you’re increasing clickthrough just because it’s drawing the eye, that’s fine, too. You still improved your KPI,” Taylor said. “Even an arrow pointing at a call-to-action can have an impact.”

Simplicity is important when drawing the eye as well.

“You don’t want it to distract. You need to think, ‘How will these visuals help conversion in this instance?’ For example, can you use imagery to give people additional opportunities to click without confusing them?” Taylor asked.

Now that you have some ideas, start testing. As Taylor said, “Even on Facebook, images get more attention than text posts.”

Optimization Summit 2013 in Boston, May 20-23, 2013 – Shawn will present a transferable case study, “5 Optimization Discoveries from the SAP Website Test Lab”

When Should You Reveal Price?